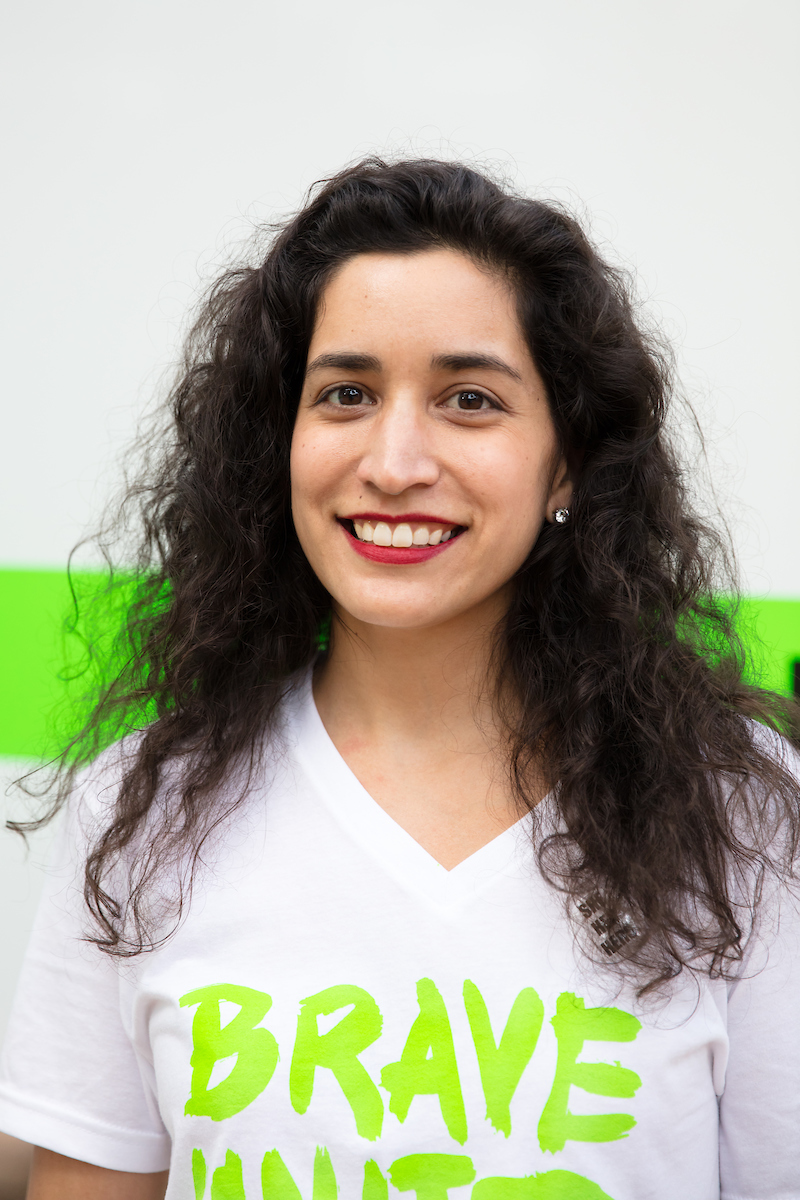 Morgan Hopkins is the Interim Executive Director of Campaigns and Strategies for All* Above All and the All* Above All Action Fund. Morgan oversees All* Above All’s programmatic work including existing campaigns like abortion coverage and new campaigns like medication abortion and immigrant justice. During her tenure so far at All*, she organized national actions and worked on state, federal, and political strategies. Previously, she volunteered with the Lilith Fund and the Eastern Massachusetts Abortion Fund and worked at the National Network of Abortion Funds. Morgan has a B.A. with Honors in Psychology from Hobart and William Smith Colleges and a Masters in Psychology with a certificate in Women’s Studies from the University of Houston-Clear Lake. 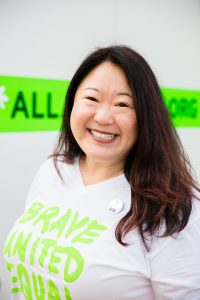 An accomplished social impact strategist, relationship builder, and community enthusiast, Jodie is dedicated to creating a more equitable society and joining her voice with others who have historically not had one. As All* Above All’s Interim Executive Director of Sustainability and Culture, she oversees fundraising, finance, administration, human resources, and compliance as well as staff recruitment and development, values in action, and equity and inclusion. She also works closely with our fiscal sponsor to ensure seamless integration of our internal operating system.

Jodie’s career has included positions in program development, project management, fundraising, community engagement, and strategic partnerships. She is also active in her community. Currently, Jodie is a Board Member for the Greater Englewood Chamber of Commerce and Grantmaking Committee member for the Asian Giving Circle, a fund of the Chicago Community Trust.

Jodie holds a bachelor’s degree in human development and social relations from Kalamazoo College and a master’s degree in social work from Washington University in St. Louis. 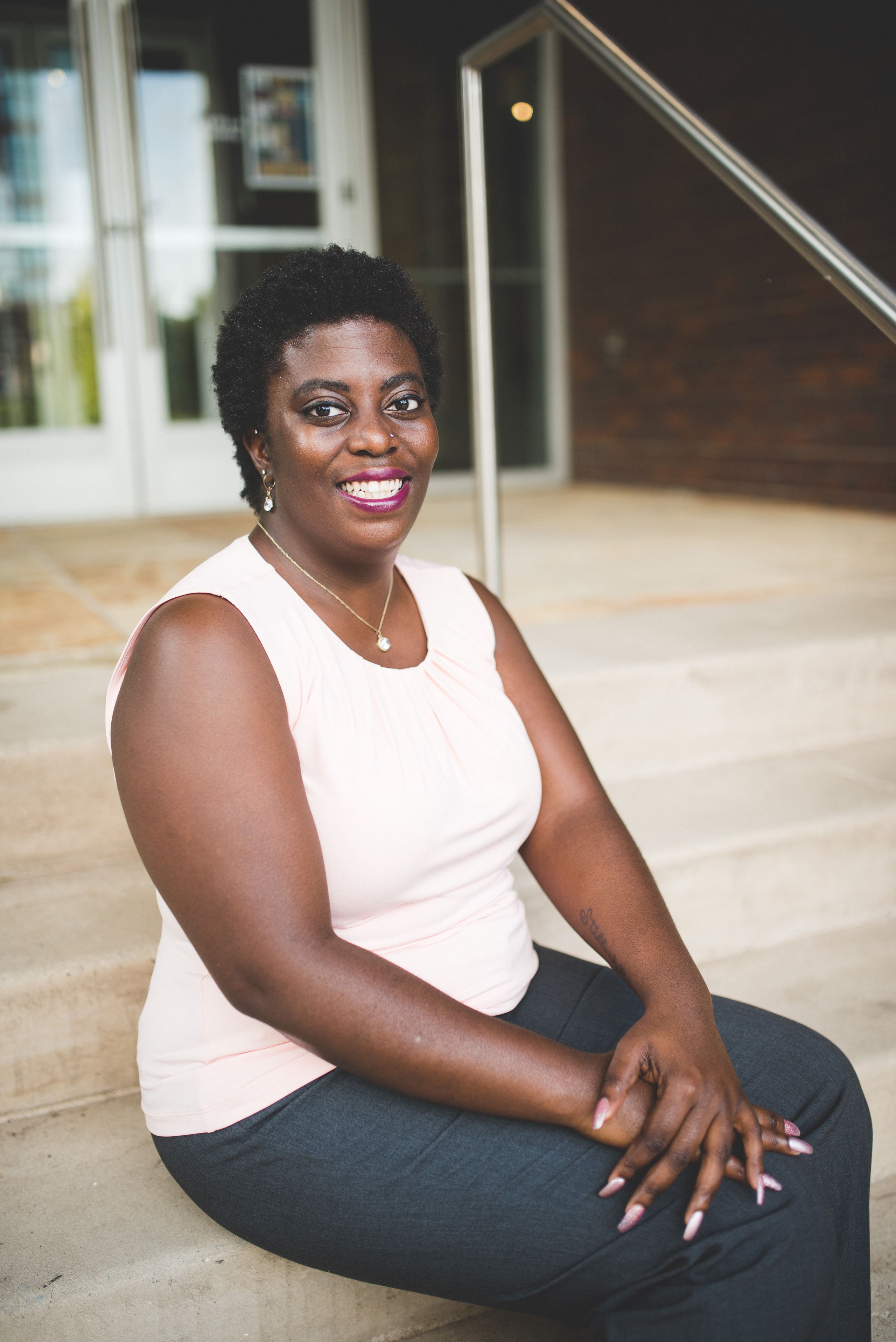 Gloria Pedro is a Campaign Director for All* Above All and the All* Above All Action Fund. Gloria develops and oversees the direction of political and movement-building strategies and campaigns to expand  abortion access. Previously, she worked at Planned Parenthood Great Plains as the Manager of Public Policy and Organizing for Arkansas and Oklahoma. Gloria has a B.A. in Political Science and Social Justice/Human Rights from Lyon College and a Masters in Social Justice/Human Rights and Community Organizing from Prescott College. Gloria is passionate about abortion access and everyone being able to become a parent if, when, and how they want. When she’s not working, Gloria can be found advocating for children in foster care as a board member of the 501c3 Foster Love, chasing after her foster children, or enjoying a whiskey and binge watching Grey’s Anatomy. 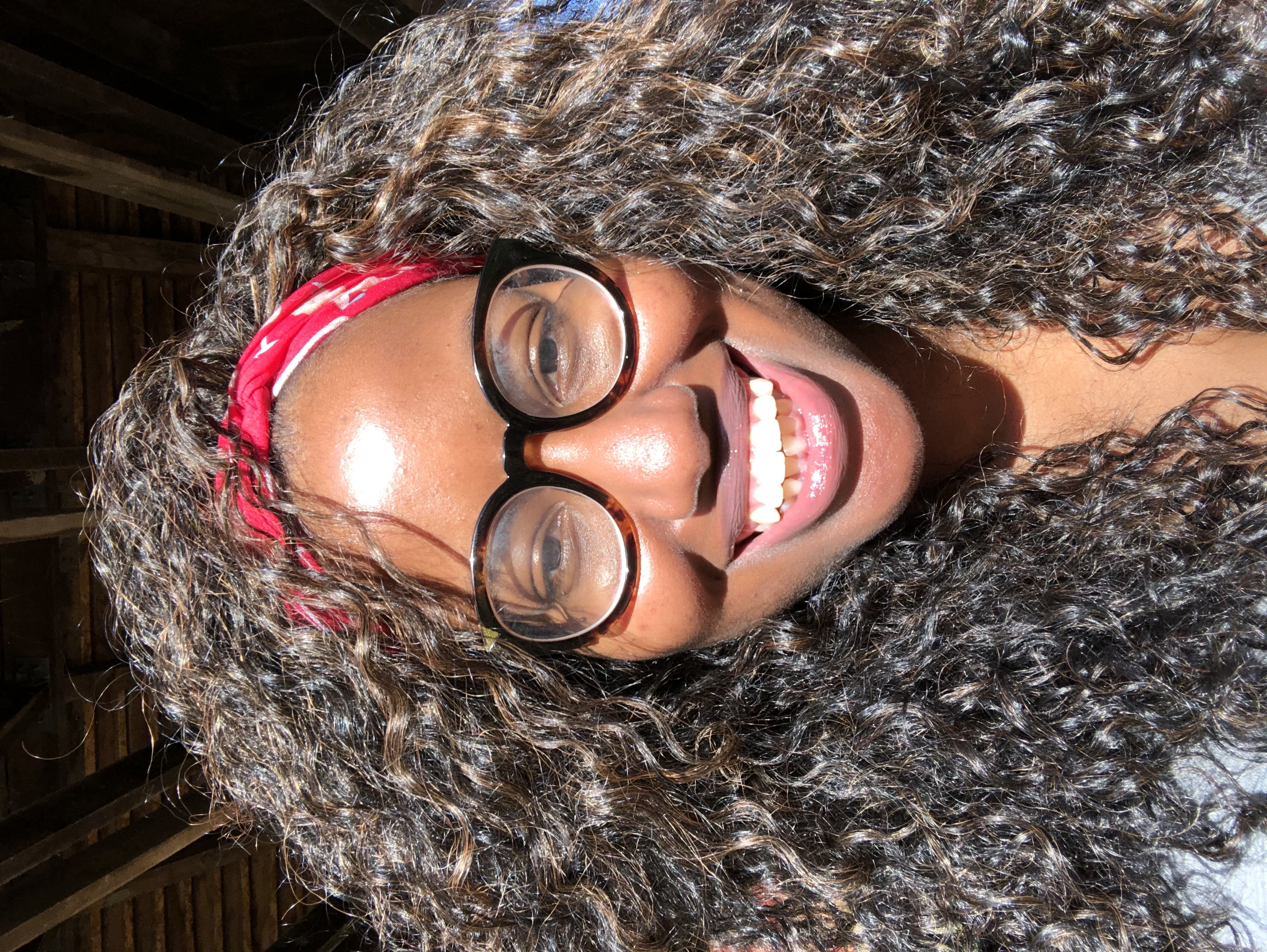 Mary Drummer is the current Network Director at All* Above All, where she works to support and deepen our working relationships with partner organizations across the country. Before joining the All* Above All team, Mary worked for progressive and reproductive rights organizations leading campaigns to elect pro-choice champions to statewide and federal offices, stop the expansion of surveillance technology in Black communities, and has gone after enablers of white supremacist groups. Mary is a former Democracy and Movement Building Fellow with the Western States Center, and has served on the board of abortion funds in Texas and Ohio. 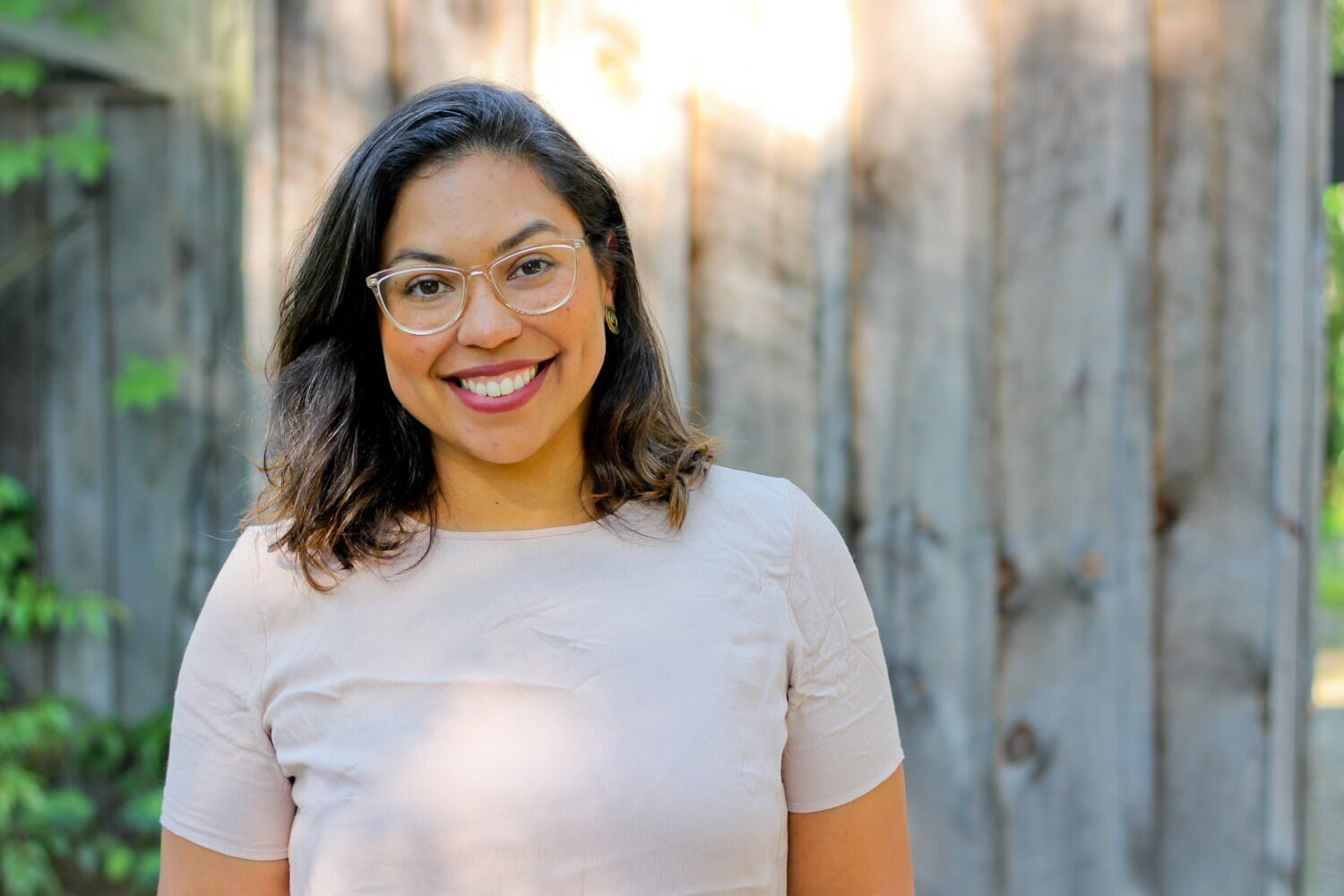 Daniela Diaz is the Federal Strategies Manager at All* Above All, where she works with coalition partners and the Hill to advance the EACH Act and defend against the expansion of abortion coverage bans. Daniela joined the All* team with a scope of experiences that encompass a strong knowledge of the abortion care and provider community through her work with the Allentown Women’s Center, the National Abortion Federation and most recently as the Assistant Director of Public Policy with Physicians for Reproductive Health. Daniela is a We Testify abortion storyteller, and she graduated from Lafayette College where she studied international affairs and earned a Master from the American University of Paris.

As the Administrative Associate for All* Above All, Meagan primarily assists with administrative and financial tasks, manages the logistical aspects of All*’s meetings and events, and contributes to campaign-wide projects that require all team participation. 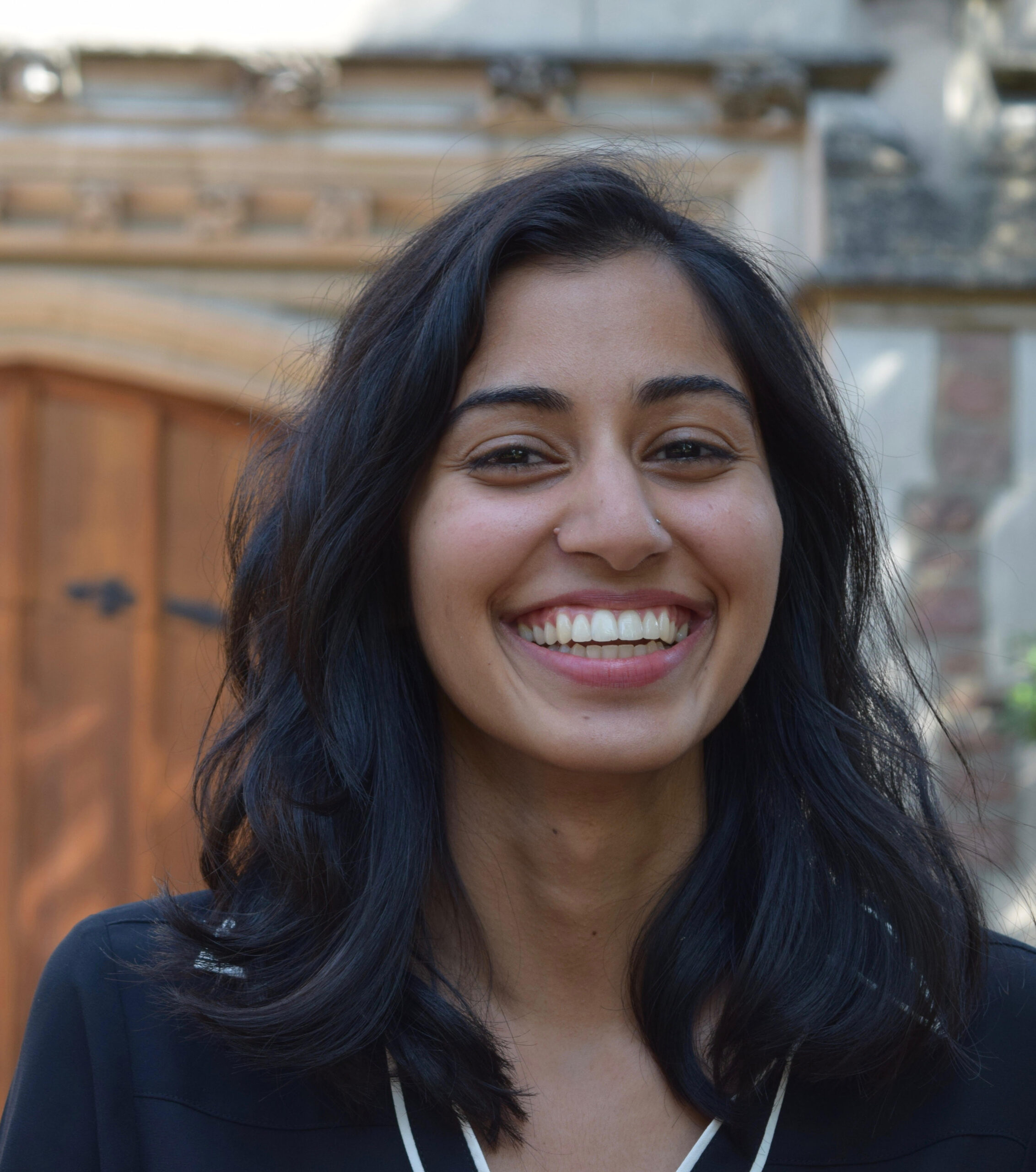 Bianca Jyotishi is the Political Strategies Coordinator for All* Above All, where she works closely with state and federal teams on ballot initiative strategy and a deep canvassing program. Before joining the All* Above All team, Bianca worked as a community organizing manager around reproductive justice issues in Georgia. She holds a bachelor’s degree from Florida State University and a master’s degree in social work from Washington University in St. Louis.

Salome is the Partnership Engagement Manager for All* Above All. Salome manages All*’s partners on local and national levels, making campaigns come into fruition. 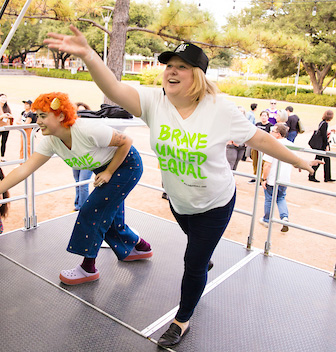 Kristie is the Human Resources and Operations Manager at All* Above All. She is a native of New Orleans, LA and a current resident of Texas. She is an experienced administrative and financial professional with an education background in Liberal Arts and Accounting. Kristie is committed to work that aligns with her own personal values and morals. She comes to All* dedicated to creating a more equitable society. 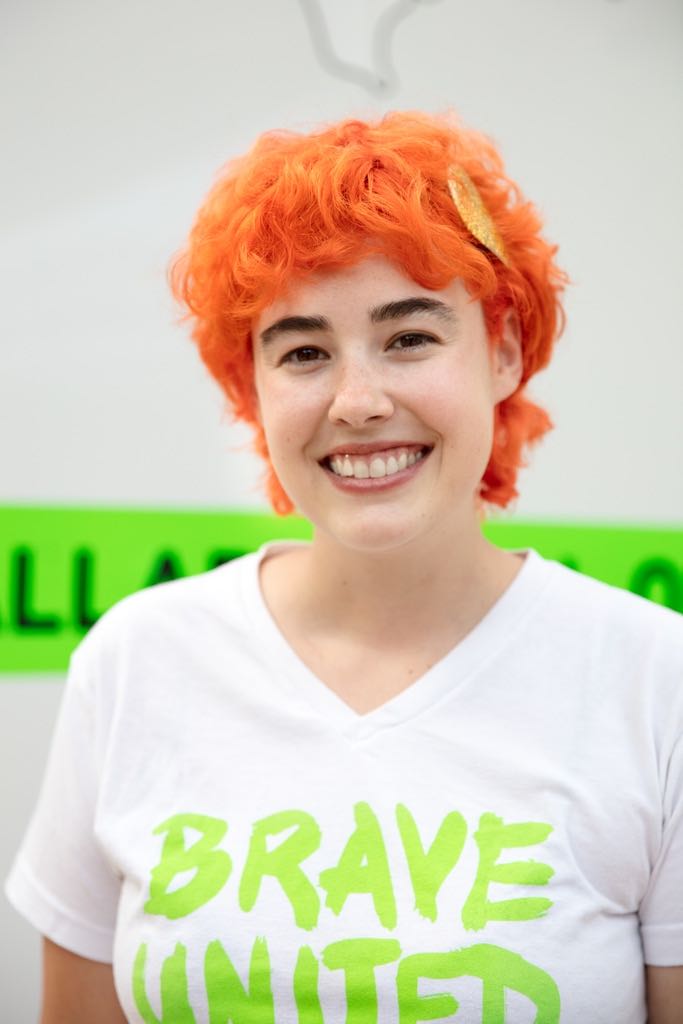 Kelsey Woida is the Special Projects Manager at All* Above All. Previously, she worked at the Defender Association of Philadelphia as a social worker, where she supported people with serious mental illness who were incarcerated in the county jail system. She was a fellow at the ACLU of Pennsylvania Clara Bell Duvall Reproductive Freedom Project. She volunteers as an abortion doula at a Philly clinic, and an abortion chauffeur with her local practical support network. Woida has a Masters in Social Work from the University of Pennsylvania, and a B.A. in Women’s, Gender, & Sexuality Studies from Macalester College.

Winnie Ye is the Senior State Strategies Manager at All* Above All and All* Above All Action Fund. In this role, Winnie collaborates with our amazing campaign partners to create bold and innovative campaigns that usher in proactive policy change, build the leadership and power of people of color, and shift the culture around abortion at every level—in community, at city hall, the legislature, the ballot, and beyond. Prior to joining All* Above All, Winnie worked at the National Institute for Reproductive Health where she tracked and analyzed proactive reproductive health, rights, and justice legislation and provided strategic guidance and technical assistance to partner organizations. 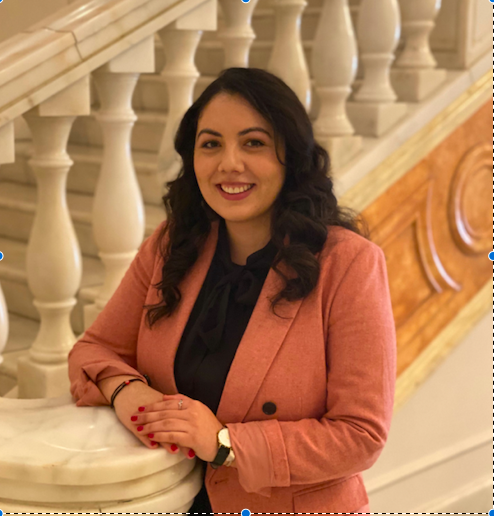 Limayli is the Campaign Coordinator for All* Above All where she provides policy advocacy, network engagement, and related supports to our medication abortion and immigrant justice campaigns. She was All* Above All’s If/When/How Reproductive Justice Federal Fellow. Prior to joining our team, Limayli worked in immigration policy and represented survivors of reproductive coercion, torture, and political persecution in their immigration cases as a student attorney in law school. She is originally from San Diego, CA and holds a B.A. from the University of San Francisco and J.D. from American University Washington College of Law. 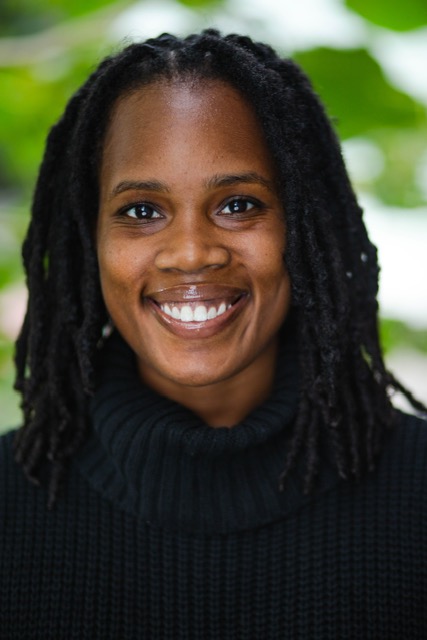 Rashanna Lee is the Campaign Coordinator for All* Above All, supporting and implementing work related to the abortion coverage and ballot campaigns. Previously, she led field operations for two election cycles at the local level. She is also active in her community, organizing menstrual cup drives and other projects at the intersection of queer nightlife and mutual aid. Rashanna has a B.A. in Broadcast Journalism from Penn State University, and a M.A. from San Diego State University in Women’s Studies. 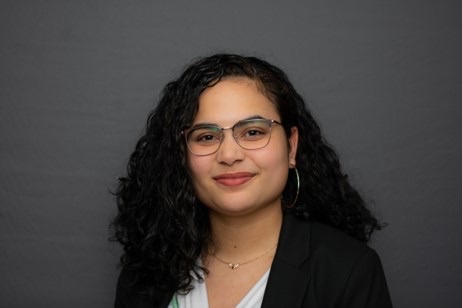 Sheila Ramirez is the 2021-2022 If/When/How Federal Reproductive Justice Fellow for All* Above All. Sheila (Western New England School of Law ’21) is actively working to bridge racial equity and reproductive justice. Her passion for reproductive justice and racial equity stems from her community. Sheila was born and raised in Lawrence, Massachusetts, a city with a significant immigrant community. Her parents established themselves in Lawrence after immigrating from the Dominican Republic.

While in law school, Sheila worked for various human rights causes, including spending time at El Centro Montalvo in the Dominican Republic, advocating for the rights of Haitian migrants. She was a student attorney in the International Human Rights Clinic, and also worked at the Greater Boston Legal Services in their family law unit.

She was the president of the Student Bar Association and the Latinx Law Student Association, and also received the Student Representative of the Year award. She worked as a teaching assistant for constitutional law and family law, as well as working for the mayor of Lawrence as Policy Advisor and Press Secretary.

Prior to law school, Sheila attended Saint Anslem College in New Hampshire, where she majored in social work and minored in politics. During her time there, she held a series of workshops focusing on allyship. These efforts led to her being awarded the Martin Luther King Jr. Social Justice award in 2018. She also took various leadership roles for a variety of campaigns in the Merrimack Valley region electing progressive candidates to office.

Jillian is the Finance and Operations Manager at All* Above All. They join the team with over 10 years of experience building up and supporting operations infrastructure across movement organizations.